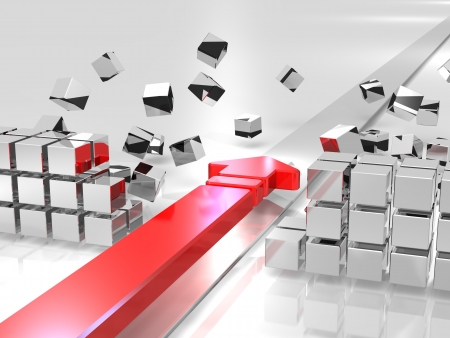 How To Show Momentum On Your Executive Resume

Unfortunately, most resumes, including executive resumes, show change not momentum. Many of the resumes I see indicate that the client has moved from one position to another, but doesn’t emphasize the underlying factors.

One of the reasons employers prefer reverse-chronological resumes is because they show a candidate’s career progression. But, when you want to convey value it’s not enough to just indicate that you moved from one position to another. Even if that move has been to a higher position.

Some people are moved up the ladder because they’ve been with a company the requisite time. Others are promoted because of their achievements.

Consider that when putting together your executive resume.

Let’s say you were recruited by your current employer right out of college. Over the last 10 years you’ve changed positions 3 times. Maybe each time you were even promoted.

But, depending on your particular situation, it might be even better.

Perhaps after 2 years with ABC Company the manager of another department recruited you to come and work for her. She picked you to run the product merchandising team because she liked your work on an interdepartmental project.

That shows momentum not just change.

Maybe, you were recruited to a new organization by a competitor or former client. That shows career momentum too.

This type of thinking could be important when talking about professional development too. For example, saying you were “1 of 20 selected to take part in a leadership program” when you work for a global organization, is more impressive than just noting that you took part in the program.

Many clients tell me that they have trouble talking about themselves, particularly when it comes to their accomplishments.

But, if you want to be competitive, particularly at the senior executive level, you have to speak up.

While exaggerating, embellishing, or outright lying are out of the question. Talking about your accomplishments is not. Your executive resume needs to be more than an employment record. It should present your skills and achievements, in essence your best self, to potential employers