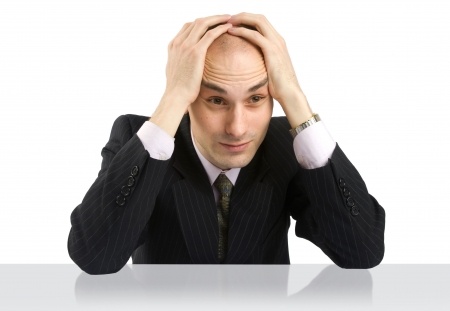 5 Reasons Why You Didn’t Get The Job

Even if we don’t want the job, most of us want to get the offer. When you actually do want the job, getting a “pass” can be downright devastating. I’ve been there too.

Sometimes knowing the reason, you weren’t hired is easy. Maybe you didn’t have most of the “requirements” but you decided to apply anyway. Perhaps you didn’t click with the hiring manager. As soon as you left the interview your gut told you that you wouldn’t be moving forward.

Other times, you leave an interview feeling great and are stunned to receive a “we went another way” letter in the mail. You go over every interaction over and over trying to figure out what went wrong.

The truth is in most cases you’ll never know why. One of the reasons you get vague, if any, feedback from the recruiter, hiring manager, or HR is because companies are concerned about litigation. In late 2012, employers were put on notice by the Equal Employment Opportunity Commission (EEOC) that “discrimination in hiring practices” would be one of its top priorities for the next three years, according to the The Wall Street Journal.  This is one of the primary reasons why candidates rarely receive any specific feedback. Employers are afraid.

So what can you do? Begin by trying to think about your experience objectively.

While one or two things may jump out in hindsight it’s unlikely you’ll ever know for sure. But, there’s no reason you can’t go into the hiring process stronger the next time. Here are 5 common reasons why candidates don’t get hired.

There Was Too Much Me, Me, Me

Of course you need to sell yourself to the employer. You need to focus on your skills and accomplishments. You need to show that you are excited and enthusiastic about working with them too.

But, don’t spend all your time focusing on how great you are – essentially me, me, me – make sure you talk about what you can do for them. How can you solve the employer’s problems? That’s why they’re hiring you.

You Badmouthed Your Employer (Or Past Employer)

Even if your boss is the devil incarnate bite your tongue during job interviews. Share every mean thing he or she has ever done over cocktails with your best friend. That’s not appropriate conversation to have with a potential employer.

Throwing your current company under the bus or badmouthing your boss is a big turnoff to hiring managers. Negatively during the hiring processes is a red-flag for a couple of reasons. It makes them wonder what you’ll be saying about them when it’s time to move on. It also makes employers think “Who wants to work with that person?”

The first thing most recruiters do after looking at your resume is to check you out online. LinkedIn is likely the first stop, followed by other social media platforms like Facebook and Twitter. Many will search Google or other search engines to see what the results turn up.

They’re not looking for reasons to rule you out, they’re trying to learn more about you Are you continually whining about little bumps in the road or are you posting about coaching the little league team? You may not think it makes a difference but it does. Again, “who wants to work with that person?”

You Moved Around Too Much

Unlike decades ago, many employers find job hopping more acceptable, particularly if you’re a younger worker. Some employers even expect it. Still, while job hopping may no longer be the kiss of death there are still a significant number of employers who won’t consider someone who has moved often.

As a recruiter, I worked with a hiring manager who wouldn’t interview anyone with less than 5 years with each employer. No matter how great the candidate was.  So if you have several short stints at various companies on your resume you may be out of the running for some positions.

You Just Weren’t “The One”

The hiring manager might not “click” with you because subconsciously you remind him of someone he doesn’t like. You may have turned him off with a weak handshake or a failure to make eye contact. Fair or not likability is part of the hiring process.

When you’re looking for a new opportunity rejection is a part of life. There are dozens of candidates, in some cases hundreds of candidates, for every position. Only one person will be hired for the job.

While there are some things you can’t change, like having five jobs in the last ten years, there are other things you can, like how you talk about former employers and what you post online. Focus on the things you can control and try not to obsess about the rest.