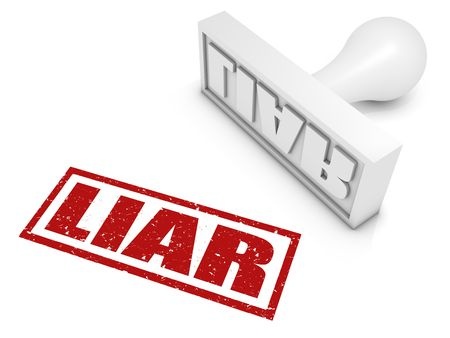 Many people embellish the truth a little on their resume. Most common is when candidates “clump” all of the jobs at a single company under their current and, probably, highest position.

A reputable resume writer will warn his or her clients not to do this. However, it happens all the time.

If you’re considering exaggerating on your resume. Don’t.

Getting caught in a little white lie will likely put you out of the running.

The majority of employers said that discovering a lie on a candidate’s resume might derail his or her chances of being hired according to survey conducted by CareerBuilder.

“Trust is very important in professional relationships, and by lying on your resume, you breach that trust from the very outset,” said Rosemary Haefner, vice president of human resources at CareerBuilder. “If you want to enhance your resume, it’s better to focus on playing up tangible examples from your actual experience. Your resume doesn’t necessarily have to be the perfect fit for an organization, but it needs to be relevant and accurate.”

The more competitive the job market, the more likely it is that candidates will lie on their resumes. In this 2014 CareerBuilder survey, the majority of respondents (57 percent) said that they had caught a candidate in a lie. Fully, one-third (33 percent) noted that they’ve seen an increased number of lies on resumes since the 2008 recession.

The most common lies that employers find on resumes are:

While employers have find embellishments on resumes in all industries and at all employment levels, the industries where employers catch the most lies are:

If you’ve been exaggerating on your resume, stop. Employers reported that they are spending more time reviewing resumes. Almost half (42 percent) of survey respondents said that they spend more than two minutes reading each resume.

While most resume lies are things like exaggerating skills or job responsibilities, some statements on resumes are truly surprising. A few of the most unusual lies employers have caught on resumes are: