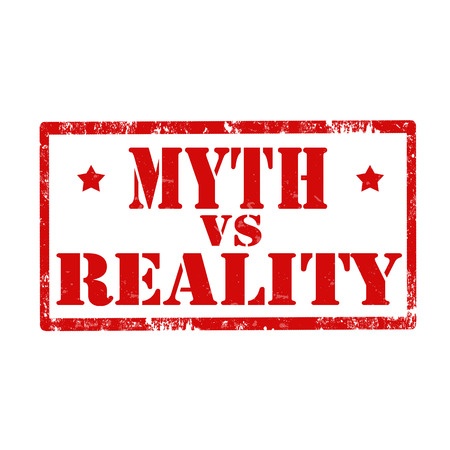 6 Common Job Search Myths (And How To Shatter Them)

The most obvious is that the best way to find a job is to apply for as many employment ads as possible. It’s not. Spending all day working the job boards is unlikely to land you a job.

Creating a list of target employers and strategically networking your way into the company will yield better results.

Here are 6 common job search myths that continue to persist.

#1 You can’t get a job through social media.

While you may not get hired by sending a tweet, employers are increasingly turning to social media for recruiting purposes. Corporate and contingency recruiters have been on social media for years. Many post jobs on LinkedIn, Facebook, and even twitter.

Not sure if a “real person” is behind those posts? Respond to them and see.

Social media is also a valuable place to make connections. Connections who may help you when you need a job. The secret is to take those online relationships offline via phone, Skype, or in person if possible.

#2 You only need to network when you’re out of work.

It’s still surprising to meet people at networking events who have just lost their jobs and are scrambling to make connections. But, it happens all the time. Often their excuse is that they are so busy working that they don’t have time to get out to monthly meetings.

The problem is that people are much more likely to help a friend, or someone they at least know, than someone they’ve just met. Running around pushing your business card on strangers isn’t likely to produce any help with your job search.

Build your network before you need it so they will be there to catch you.

#3 You only need to engage with recruiters when you’re looking.

Think twice before brushing off recruiters because you’re not looking right now. Recruiters are only human. They will remember the way you treated them when they contacted you.

Be polite even if you’re not interested. If a job isn’t right for you, refer someone else who might be interested. Keep in touch with recruiters in your industry. It will make it easier for you to reach out to them when you unexpectedly find yourself out of work.

#4 Adding your current job to your old resume will work.

While you may think that adding one job to your old resume doesn’t make much of a difference, it does. Strong resumes have been carefully crafted. The content has been strategically selected and tightly written to fit on two pages.

So when you decide to add a job, or two, everything else comes in to play. At the very least, the entire resume needs to be rethought and revamped. Content aside, resume formatting changes over time. You wouldn’t wear the same interview suit you did five years ago why would you use the same resume?

If you’re adding more than one job or it’s been five years or more your resume should be rewritten.

While resumes are relatively formal, a cover letter is your opportunity to tell the recruiter or hiring manager more about you. Perhaps provide some insight into why you went into your current career or your leadership style.

Given that many recruiters do put quite a bit of weight on a candidate’s cover letter, why wouldn’t you take the time to write one?

As with a cover, why not?

Sending a thank you note is a sign of respect. So few candidate’s send thank you notes it immediately makes you stand out in a good way. It’s also an opportunity to sell yourself to a potential employer.