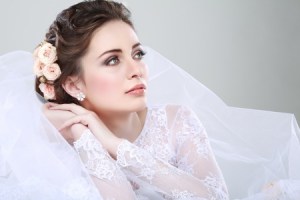 Although LinkedIn is primarily a business networking site, it’s still considered social media. That’s part of the reason having a profile photo and, with the new user interface, a background photo too.

That said, LinkedIn is not Facebook. Which means your photo needs to be recruiter and employer ready.

Despite this, I often seen inappropriate photos used in LinkedIn profiles.

I don’t mean the obvious mistakes like party photos, although I’ve seen them, it’s photos that people have put some thought into.

While you may have a nice smile, photos where you have obviously been cut out of a group shot are not good choices for your LinkedIn profile. Even if you have successfully cropped yourself out of the group, as in you can’t see someone’s arm over your shoulder, the angle will still be off.

It’s great that you’re a proud graduate, you should be. But you want employers to see you as an employee not a student. A photo in your cap and gown looks particularly off if you’ve just received an advanced degree. Including that in your education, or even in your Summary section is a better way to show off your new sheepskin.

While my favorite in this category was a profile I came across while working as a recruiter: a woman in her wedding gown, veil and all. But, I often see photos of men in tuxedos and women in evening, or evening-like, attire. Again, not something that conveys that you are a professional.

For some reason, many people choose photos taken with their partner, child, or dog. None of these make you look like a business person. The exception might be a vet that has a profile picture of she and her dog. The truth is, if you’re a woman a photo with your child can work against you. May not be right, but it could happen.

Unless it’s relevant to your position or target position, a picture of you skiing is not the best choice for LinkedIn. While it may not have as negative an impact as a photo of you and your child, it won’t be as effective as a head shot in business attire.

While nice to have, you don’t need a professionally-taken, photo-shopped, profile shot. You do need a clear head-shot, preferably smiling, and wearing business attire. You can upload your photo to photofeeler to get objective opinions for a reasonable rate.

Remember, LinkedIn is often the first time a recruiter and/or potential employer “meets” you. Having an inappropriate photo will probably not work in your favor. If you have any doubt that your profile shot is not working, have someone take a few snapshots this week. While you’re at it, choose a background photo for your profile as well. The generic blue screen makes you look generic too.